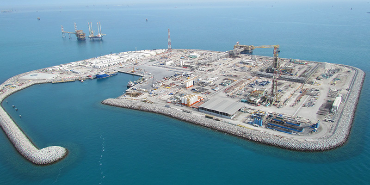 The United Arab Emirates's oil and gas giant, Abu Dhabi National Oil Company is making an investment of $763.7 million in integrated rigless services across six of its artificial islands to support its production capacity expansion to 5 million barrels per day by 2030.

The investment is in the form of three contracts awarded by ADNOC Offshore to Schlumberger, ADNOC Drilling, and Halliburton after a competitive tender process.