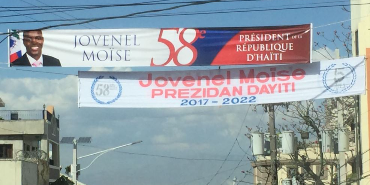 Gunmen have assassinated Haitian President Jovenel Moïse and wounded his wife in an overnight raid on their home. Police have killed four suspects and arrested six others involved in the assassination. The Haitian ambassador to the United States said the attack on the 53-year-old President was carried out by foreign mercenaries and professional killers that masqueraded as agents of the U.S. Drug Enforcement Administration. Authorities declared a “state of siege” in the country and closed the international airport as confusion in Haiti about who should take control grows.