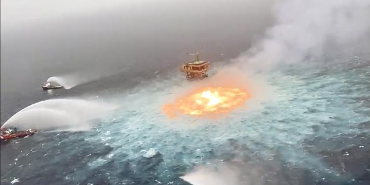 Leaky pipeline causes an ocean inferno in the Gulf of Mexico

In the Gulf of Mexico, Mexico’s state-owned petroleum company said that an electrical storm with heavy rain and a pipeline leak caused a fire to break out on the sea surface. PEMEX said the gas outside the pipe migrated from the seabed to the surface and a fire started from the electric shocks and strong rains. In a statement released on twitter the company said after approximately 5 hours, the fire was completely extinguished by closing the submarine valve and injecting Nitrogen into the gas pipeline. According to PEMEX, there was no oil spill and immediate actions to control the fire that occurred on the surface of the sea avoided environmental damage. The root cause of the gas leak in the pipeline is still being investigated. 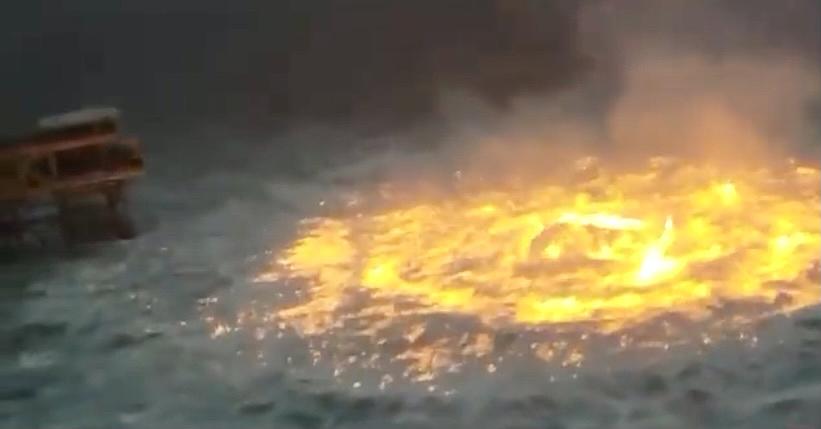